Fixed Income Investing: What You Should Know About Bonds

Fixed income investments are an important component of a well-diversified and risk-controlled portfolio. However, investors often focus on equities while neglecting to diversify the fixed income portion of their portfolio, and may hold only a handful of bonds, often selected based on yield-to-maturity rather than a risk-return perspective.

Many investors view bonds as the “anchor” of a diversified portfolio, due to an expectation that they will produce a predictable income stream, while protecting the principal amount invested. However, the level of financial protection will vary depending on the general credit worthiness of the borrower (i.e., issuer of the bond). For example, governments (federal, provincial, and municipal) are considered to be among the most credit worthy borrowers due to their ability to collect and raise taxes or print money to honour their obligation. Other important factors that determine a government’s ability to repay debt include the size of its tax base and the stability and growth potential of its economy.

For corporations, the level of protection provided to investors is based on financial factors such as liquidity, cash flow, earnings, guarantees (if they exist), debt-to-equity ratios, and interest coverage ratios, as well as its ability to withstand adverse economic cycles.

As a result, these factors are used by credit rating agencies, such as Standard and Poor’s (S&P), Dominion Bond Rating Service (DBRS), and Moody’s to assess the credit worthiness of the bond issuer who is then assigned a rating, ranging from AAA (Aaa for Moody’s) for the highest quality, to D (C for Moody’s) for those who have defaulted (Figure 1).

Over time, and as conditions fluctuate for each issuer, the rating of their bonds can also change. Therefore, all fixed income investments should be continuously monitored to ensure they remain suitable investments for a portfolio. While defaults are rare for investment grade bonds, over time, some issuers can decline to sub-investment grade and, at that point, the potential for default increases. Even governments can default on their debt, as seen by Puerto Rico in 2016, and Argentina’s US$93 billion default of foreign debt in 2001. 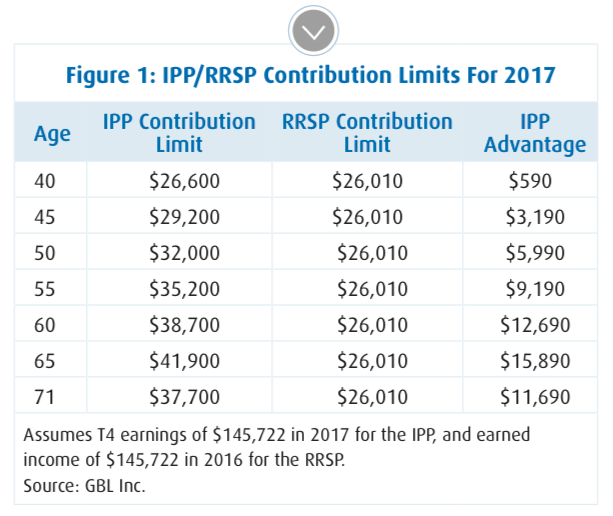 Who issues bonds in Canada?

As shown in Figure 2, the Canadian government is by far the largest single issuer of bonds followed by the provinces and municipalities. Many Canadian corporations also use the bond market to raise substantial amounts of long-term capital, allowing them to raise funds quickly and at more favourable rates than traditional loans. 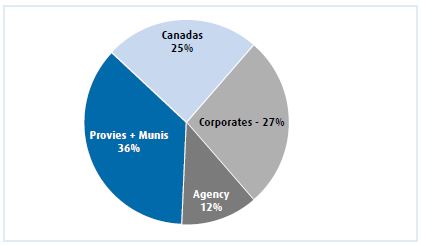 Not surprisingly, the Financials sector issues the most bonds of all corporate issuers to meet their funding requirements (Figure 3).

Foreign issuers also access the Canadian fixed income market by issuing “Maple Bonds,” which are denominated in Canadian dollars and may be used to raise funds for a specific project, diversify their creditor base, or to access lower financing rates. 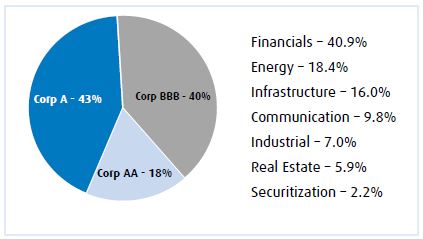 With bond yields declining markedly since the financial crisis of 2007-08, bond issuers have been able to extend their average maturity to lock-in low funding rates. The Government of Canada, some provinces and corporates now issue 50-year bonds, whereas previously, 30 years was traditionally the longest tenor. This development, along with lower coupon rates, has caused the average duration of the bond market to edge significantly higher (Figure 4). For example, a 10-year government bond bought 10 years ago would have had a lower duration, and thus less price volatility to changes in interest rates, than a 10-year government bond purchased today.

Figure 4: Growth in domestic issuance has been driven by longer dated securities 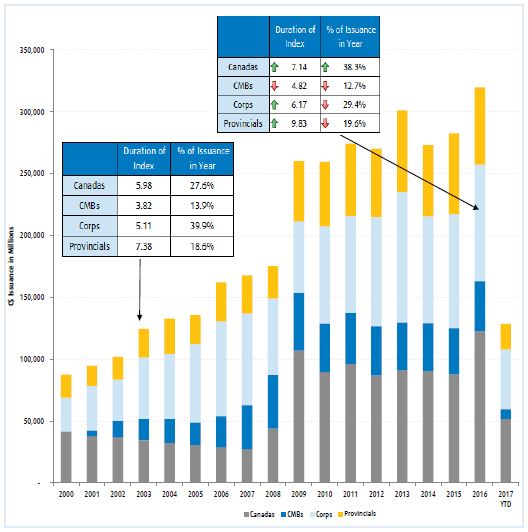 With $15 billion of corporate bonds issued in May 2017, we experienced one of the largest Canadian corporate issuance of bonds on record. And, total issuance for 2017 is expected to be over $90 billion. There has also been an increase in Maple Bond issues from overseas corporations as the demand for diversification rises. Likewise, many Canadian provinces and corporations have also been tapping the European and UK fixed income markets, where demand for bonds has been strong.


Talk to a professional

Selectively managing the fixed income portion of your portfolio is important since market conditions are constantly evolving and your investment needs can change over time.

If you have any questions about this article or would like to discuss the fixed income component of your portfolio, please contact the McLeod Wealth Management group directly for a complimentary consultation.